I took the largest print I could find of Jackson Pollock’s “Summertime 9a,” broke it out by color spectrum in Photoshop, exported the pieces as separate PNGs with transparent backgrounds, imported those into a virtual reality environment (Tilt Brush), built a “room” out of the pieces in 360 space, then did a fly-thru, in one unbroken five minute take, using Tilt Brush’s handheld virtual camera, which saves it out as standard 720p video. So it’s “shot on location” inside VR.

The music came from an undeveloped song idea I wrote for Satellite Paradiso a few years ago. Everything you hear is me, multi-tracked, all from one keyboard. 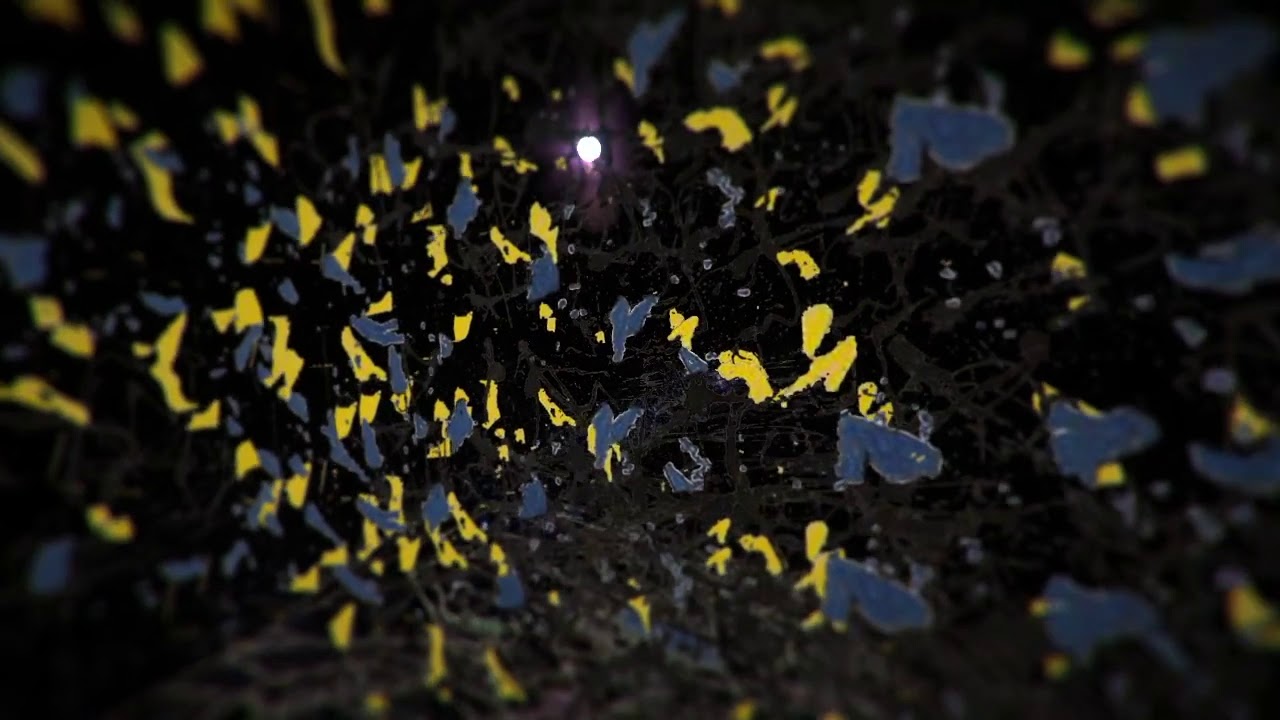